VANILLA ICE-CREAM WITH BLUEBERRIES IN A WHITE CHOCOLATE BALL

Melt 2/3 of the white chocolate using the double boiler method. Stir the chocolate delicately until melted. Do not exceed 48 degrees.

When the chocolate is melted, remove it from the hot water and mix delicately with the remaining 1/3 of the chocolate until the mixture becomes smooth and reaches the temperature of 31-32 degrees.

Put over a few tablespoonfuls of melted white chocolate into a chocolate ball mould. Close the mould and turn the ball around delicately until all parts of the mould are covered and the chocolate is evenly distributed on the mould walls. Leave to cool down in a refrigerator for 30 minutes. Turn around every 2-3 minutes to ensure even cooling.

Heat a few flakes of butter on a non-stick frying pan and throw the fruit and the sugar onto them. Caramelise the ingredients until they blend. Deglaze the frying pan with rum. Add a pinch of salt. Cook the blueberries and raspberries over high heat for 2 minutes.

When the ball is ready, place the crumbled biscuits on a plate. Add the caramelised fruit with rum and a small ice-cream ball. Place the chocolate ball on the plate carefully and decorate with the blueberry and raspberry sauce and mint. 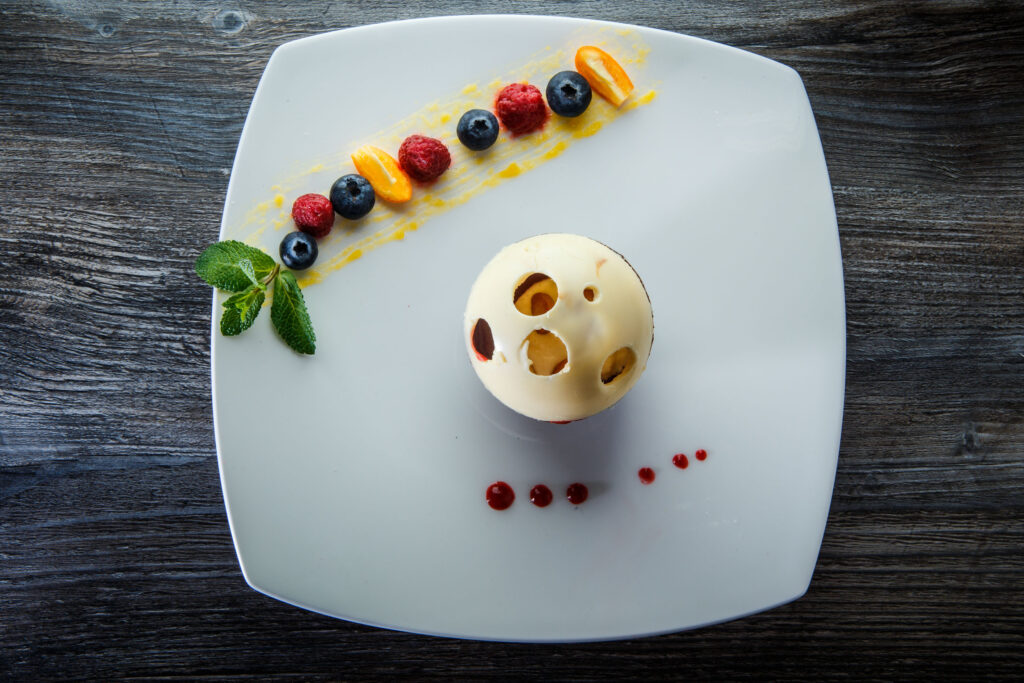 FESTIVE RECIPES FOR ANY OCCASIONS

FESTIVE RECIPES FOR ANY OCCASIONS

Farm to Fork strategy: what does it mean to you?

f
The content of this promotional campaign reflects only the views of its author, who bears sole responsibility for it. The European Commission is not responsible for any use that may be made of the information presented as part of this campaign.